Gabrielle Omar: Changing the world one quick little build at a time

Gabrielle Omar first entered the public consciousness when, as a 29-year old qualified architect and interior designer, she joined 2012’s eighth season of the reality show The Apprentice. Omar may not have won Alan Sugar’s heart in the show – he fired her in joint sixth place – but she used the exposure to her advantage, setting up her own architecture and interiors company and establishing herself as a regular guest on DIY SOS. She now also hosts Quick Little Builds, a Homes and Gardens TV series which helps homeowners with a limited budget make the most of small spaces with ingenious building projects that won’t break the bank.

The show’s first series filmed during lockdown, and for Omar the time we’ve spent cooped up has actually had an unexpected upside: “It's been the country's renovation revolution in the sense that people have had a lot of time during lockdown to think about what they'd like to change about their homes. It's a real testament to people's different personalities and needs and desires, because what's come out of all this time either being on furlough or whatever, is that people have come up with what they would like to do. It's a really nice byproduct of lockdown where people just got so bored that they've become super creative.”

The show has thrown up some real surprises for Omar when it came to watching the builds take place: “I've just really enjoyed some of the builds,” she says. “You've got stuff like longboats and treehouses and a witch’s cabin - there are just so many weird and wonderful things. I think because of lockdown these builds aren't just ‘oh, I might as well,’ they're also a lot of people's new chapter in life. Some people had a look at their life and said ‘Oh, I don't want to work for someone, or I don't really like my job or I need the extra income, or I don't want to go back to a nine to five job all week, I want to do something different,’ and this whole series has shown how people have come up with ways to keep some of the good parts of lockdown or change their career. It's also shown how the public have also almost become individuals again over lockdown, because we've all had to become quite self-sufficient.”

Indeed, the host insists that some of the builds taking place on the show have been real life changers for the homeowners involved: “The whole series is people coming up with ideas and solutions. Maybe they can't go to the gym, so instead they make their own gym, and they’re not just gonna make my own gym, they’re going to set up a business with a gym.

“It's about people looking at ways to make their own little worlds happier, because your home is now potentially everything. So, whether it be your home office, or your gym, or soft play, people are looking at ways to make their home not just somewhere to sleep and cook, but where you possibly work and exercise and have fun. It was really interesting to film a real array of projects all based on people's wonderful personalities and aspirations - it’s not often you get a witch's cabin, or someone randomly buying a double-decker bus and turning it into a home.”

One build in particular stood out for Omar in the course of the show’s first season: “This wonderful couple in Wales with two children and a third on the way built this treehouse with an amazing suspension bridge leading to it,” she recalls. “I mean, it’s structurally held up by actual land, but when you walk in all you see is trees so it feels like a treehouse, and now they rent it out and it’s fully booked which makes me so, so happy because they’re doing so well, and you can see how much they love it after they poured their hearts and souls into this build.”

Not all of the builds were quite so straightforward, however, as Omar explains: “With some spaces, it’s a shock,” she says. “I'd certainly never dealt with renovating a horsebox before, but it’s been great fun for me because, for example, she didn’t have the budget to spend £1000 on a bespoke shower tray, and my weird, crazy brain came up with a whiskey barrel instead. It’s stuff like that, working together with people and having out-of-the-box builds gives you crazy out-of-the-box solutions, and I really liked that. I enjoyed that there were no limits with these projects – you could go as crazy and creative as you wanted.”

Omar may be making the most of her training now she’s graduated to the role of celebrity architect, but it wasn’t always so promising as a youngster: “I’m dyslexic, and at around GCSE level my English teacher sat with me and was trying to teach me how to properly read questions on exam papers because I was always answering someone else’s question which wasn’t on the paper,” she reveals.

Omar then went through a host of different professions before she settled into her current role: “I’ve been a wedding photographer, I started a company where by day it was a graphic design/print/social PR firm, then by night the tables folded up into the walls and became an art gallery, I had an online sweet shop called Daily Dose where you’d get a cute little jar full of sweetie hearts. I tried everything, then went back to where I started: architecture. So at least now I know I’ve tried everything else, but I’m best suited to being
an architect.”

Omar does concede, however, that The Apprentice may have played a crucial role in her career path, even though she didn’t ultimately win the show: “The whole Apprentice thing was very off the cuff,” she says. “There were candidates who tried to get on it for years but for me it was one of those Sunday nights with a glass of wine wondering how to get on the show, I Googled it then I somehow managed to get in and get through all the stages and actually got on! It was really great, honestly, it opened a lot of doors and I was able to start my own company, Spot the Space, and do what I love and give people advice both through my business and on television shows like this.”

Just as Apprentice proved influential on Omar’s career back in 2012, she also notes that her experience on Quick Little Builds is influencing the way she works in 2021: “Quick Little Builds has made me look at things in a totally different way and realise that no idea is too wild,” she says. “For example, I’m doing this café in Brixton with zero budget, so I went around the corner and found an old mattress and bed frame which I took back, got rid of the mattress and stuck it to the ceiling, and added these pendant lights through the frame. Now it looks like a really trendy, expensive lighting feature when it cost next to nothing. It's really interesting because there are no boundaries, you don't have to adhere to a set of rules, you just think about what your heart wants and find a way to make it work. I think that’s what this show is really about – passion projects.”

Finally, Omar has some advice for those who might be about to embark on their own passion projects out in the real world: “First of all, come up with whatever size project you want - as crazy as you want or as normal as you want,” she says. “Then work out a realistic budget and work out what you’d need to do, and work from there. Even if you go over budget or decide actually you want to put more into it, or find cheaper alternatives, you’ll learn something from your mistakes. I’ve found that everyone who does one of these builds go on to do at least one more, because at least now they know where to start and that it’s possible.”

Homes North Magazine ·
@HomesNorthMag
💛Coupe Green💛
This is a stunning development of two- and three-bedroom homes set in the rural Lancastrian village of Coupe Green, #Hoghton, 4 miles south-east of #Preston. 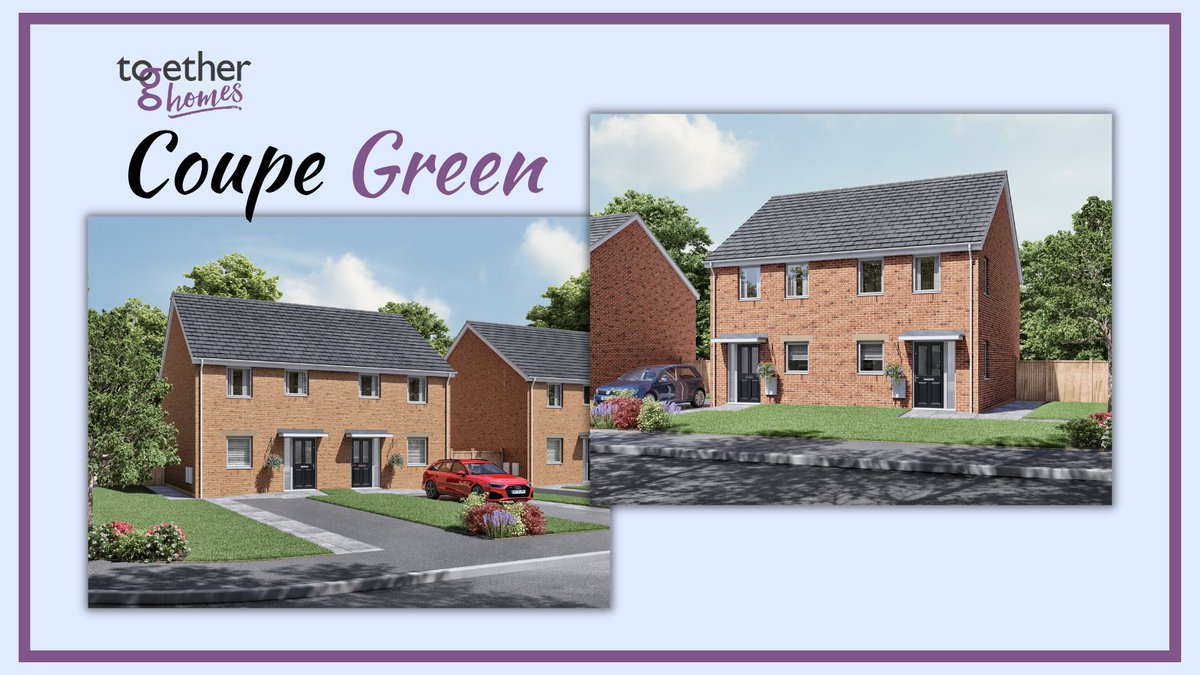 Homes North Magazine ·
@HomesNorthMag
💡Smart lighting in the spotlight: what it is, how it works and why you need it in your home.

Homes North Magazine Retweeted · MovingSoonUK
@MovingSoonUK
As gas prices increase, heating your home can be difficult as the weather gets colder... time to get heat savvy!🧣

Simple things like popping on that extra jumper can help - get some ideas from this great article by Budget Insurance:
https://t.co/7P3l1LHdcf https://t.co/rUmhjDPdkX
View on Twitter 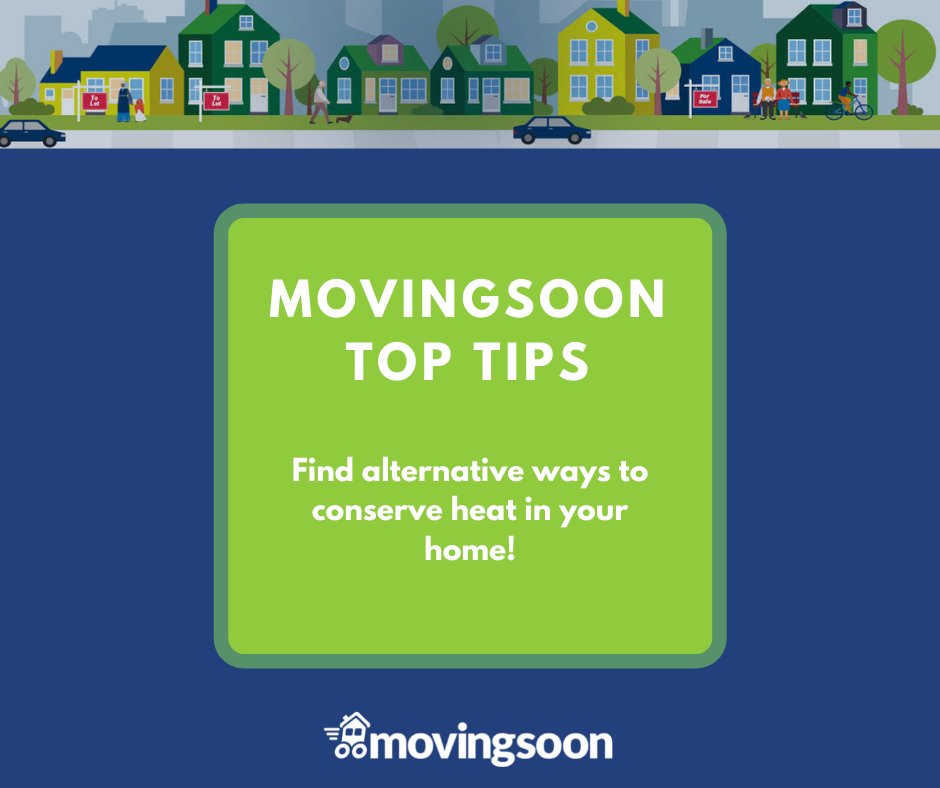 Homes North Magazine ·
@HomesNorthMag
👀The colour of your space can have a big impact on your productivity, mood, and mindset throughout the workday.

👉Here, we discuss the best colours for your home office: https://t.co/0BU95yugOB

Homes North Magazine ·
@HomesNorthMag
💛Progress Housing are pleased to be bringing to the market two fantastic developments in conjunction with Anwyl Homes in #Longridge and #Barton.

Both sites enjoy a semi rural location with access to open countryside.

With breathtaking countryside, a dramatic coastline and a picture-perfect heritage city, Durham is no ordinary county. With incredible things to see and do to please the whole family, places to eat, and a packed programme Read more…

As we come towards the end of the year, we’re looking back at some of Plumlife Homes’ recent successes and looking ahead to some exciting future developments that will be launching before Christmas. For 25 Read more…

Smart Lighting – Beautiful, On Trend And Saving The Planet

Smart lighting in the spotlight: what it is, how it works and why you need it in your home. Lighting is one the easiest and most effective ways to instantly change the ambience of a Read more…